Scope of the Brazilian market 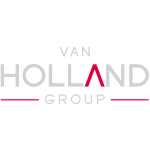 Scope of the Brazilian market

Luiz is an International Matchmaker Specialist on developing business relations between international companies in Brazil. He regularly blogs about Brazil and international trade.

The objective and the idea of this report is to understand the various components of my work, as a matchmaker, and thus to align as effectively as possible contacts with Dutch and Brazilian partners and/or future clients. In addition, it is important, given the changing environment in Brazil, to develop an understanding of a strategy that may be best indicated to approach potential business opportunities in this country (BR).

The interest of the Dutch business sector for Brazil is changing. After a number of years in which Brazil seemed a hype (pre-pandemic) and a period in which companies participated in larger missions to get to know the Brazilian market, there now seems to be a phase in which there is a deepening in the relationships between companies and previously acquired contacts. Several reasons lie behind the changing interests such as an anticipated lower economic growth, and the elections in 2022 (including for President). One must also bear in mind that the Brazilian market is not easy to enter, as well as the fact that after the first encounter it takes time to achieve results. On the other hand, there may also be a self-reorientation of Dutch companies towards the nearby markets. However, interest from the Brazilian business sector seeking international (and Dutch) knowledge still remains, in partnerships and concrete projects.

There are also some fundamental problems underlying the slow growth of the Brazilian economy.

Brazil has for years benefited from a favourable global economic environment (particularly by commodity-driven exports), but it has failed to invest in the increase of labour productivity. Agribusiness is certainly an exception – Brazil maintains a leading position of food exports in the world. In this sector, innovation and investment has resulted in high productivity especially regarding commodities.

Brazil’s Infrastructure Ministry betted on technology-driven innovation and heavy investments in infrastructure, such as privatization of airports, shipping ports, roads and new railroads. Projects have been financed under a combination of state investments partnered by private stakeholders.

Given a relatively high unemployment rate, labour is quite abundant however lacks proper training, and social security burdens can be relatively high. This, in turn entails the need to invest in technology and automated production facilities.

There is no doubt that the elements and circumstances listed above represent opportunities for Dutch´s medium and small companies.

The transition from a linear to a circular economy in the coming years will undoubtedly require investments in new technologies. Where Brazil has problems to be solved, opportunities arise for international companies on both sides of the Atlantic.

Having outlined the areas and sectors where opportunities lie, it is important to point out that there´s a political issue that must be born in mind. To maintain this scenario, President Jair Bolsonaro´s (the incumbent president) who has thus far upheld a liberal approach to macroeconomic policies, will have to be elected for a second term. It is far too early to speculate on next year’s presidential elections (to be held in October 2022). Economic growth will be at stake if the left (represented by former President Lula) returns to power.

Prospects for Dutch companies? Despite the economic context, there are many opportunities for Dutch businesses. Given its natural resources and large population of 220 million, the country (BR) has a large internal market, a huge need for knowledge building and knowledge transfer;

it is an emerging economic superpower and will continue to grow in the coming period.

In addition, a number of macroeconomic issues are in good order. Brazil does not carry high foreign debts and maintains robust hard currency reserves. Despite the higher inflation this year, the independent Central Bank is working to lower inflation as well as basic interest rates. Brazil is for the Netherlands, however, still not a prime traditional trading nation. Given its need to upgrade technology Brazil could become a larger importer of Dutch know-how by means of simply importing products, but especially by establishing partnerships.

Brazil has tariff barriers and obstacles in many areas such as complex regulations and a complex tax structure.

The language is a complicating factor. Trade is therefore only reserved for companies that are truly interested in doing business. Finding local partners is certainly a good way to begin. Experience in international business is quite important, with an eye on the long term, in order to be successful in Brazil.

Brazil is a country where relationships play an important role, in good and in bad times. Building relationships now can render dividends in the coming years. We can use an example of the supply chains in Industry. Unexpected consumption in the pandemic, imbalance and scarcity in the flows of ships and containers and reinforcement of stocks, added to temporarily closed factories and ports.

The result was a delay in supply and a shortage of products, with a strong increase in transport prices coming from Asia. The question is to know when and if we will have structural changes.

One theme that intertwines with the preceding one is that of reindustrialization in Brazil. Lower costs and production scale in Asia contributed to the reduction of the industrial sector in the Brazilian economy, already burdened by the weight of taxation, labor legislation and internal logistics. Perhaps the opportunity for Brazilian reindustrialization has arisen, either because of needed structural changes or at least because of the uncertainty of the supply chain (from Asia), that has now been evidenced.

Dutch companies have to rely on their strength in the field of technology, know-how and the niches in which they operate. Dutch solutions are smart, creative, efficient and cost effective.

Did you know…
In 2011, the United States and Brazil signed the Agreement on Trade and Economic Cooperation to enhance cooperation on trade and investment between the Western Hemisphere’s two largest economies. The agreement expands our direct trade and investment relationship by providing a framework to deepen cooperation on a number of issues of mutual concern, including innovation, trade facilitation and technical barriers to trade.

Other sub-sectors considering the on-going reassessment could be remembered as follows;

As mentioned it is of key importance to invest in relationships.

In Brazil business is done on the basis of personal contacts. In addition, small missions could be organized to Brazil, with the support of industry associations and/or three or four companies (small groups, makes things more effective). Experience shows that the major cities in Brazil are receptive to such forms of promotion.

These missions should be small, and focused and especially should get a good and substantive program. Experience shows that if one (a Brazilian) has been to the Netherlands, not only does this help doing business with the Netherlands but these persons also become an ambassador for the Dutch solutions in their own networks.

In the Netherlands, however, the sectors should make more efforts to be open to receive such missions as well. By means of two-way goodwill, both parties (from the Netherlands and from Brazil) have the opportunity of obtaining a clearer picture of what they want to achieve and what the possibilities are. In addition to a good preparation of missions – and individual business visits, good follow-up is also of great importance.

The only certainty for the post-pandemic period is that global trade will not be the same. I believe, for example, that what could be done is to reduce the negative effects of a drop in production, import/export.

Hire a Dutch consultancy? Industry novelties? Opening branches’ (in NL) and vice-versa? Perhaps this crisis will also allow for a reorientation of Brazilian foreign trade.

Geographically closer to the United States and part of Western Europe, with a more open economy and attractive prices, thanks to the devaluation of the real, Brazil can, in theory, take advantage of the new scenario.

And, of course, Dutch companies too.

Help for SMEs with doing business in the USA. We help entrepreneurs who want to export their products or services to the United States. Connecting Europe to America with Research - Export Advice - Company Formation - Setup Inc or LLC - Export Guidance. From our headquarters in Florida we help you with market exploration, partner search and sales & marketing support.

Start Your International Office in Miami

Start Your International Office in Miami Brickell Whether you are an entrepreneur or run an established company in Europe, you need to open an international office in Miami to grow your business exponentially. Miami is the Gateway to the USA Considered to be the capital of Latin America by Brazilians, Colombians, Venezuelans, Cubans, and many...
Read More
12Jul

Set up your business in Florida USA

Get an exclusive discount on company setup and a salesdesk for one year in Cape Coral Florida! Are you dreaming of becoming an international entrepreneur? Don’t wait! Open a new business in the USA from anywhere in the world and get your company license. You can complete the entire setup process completely from the comfort...
Read More

We help entrepreneurs to sell their products or services in the United States with market research and with specific export business development. If desired, we can then manage your international sales & marketing organization.

Give us a call in Florida!

Disclaimer: The information provided on this website does not, and is not intended to, constitute legal advice. All information and content available on this site are for general informational purposes only.